Why should I choose Java software development? What are the Pros and Cons?

What is difference between an executable file and .class file?

Why java is suitable for internet?

Java is suitable for internet because of two main reasons.

What is difference between a fuction and a method?

Which part of JVM will allocate the memory for a java program?

Class loader sub sytem of JVM will allocate the necessary memory needed by the Java program.

Why Pointers are eliminated in java?

Because of the above reasons, pointers have been removed from Java.

Which algorithm is used by garbage collector to remove the unused variables or objects from memory?

Garbage collector uses many algorithms but the most commonly used algorith is mark and sweep.

How can we call the garbage collector?

A) Garbage collector is automatically invoked when the program is being run. IT can be also called by calling gc() method of Runtime class or System class in Java.

What is JIT compiler?

JIT compiler is the part of JVM which increases the speed if execution of a Java program.

How many parts in Java?

Sun Microsystems Inc. has divided Java into 3 parts. They are 1. Java SE 2. Java EE 3. Java ME. Let us discuss then in brief here.

It is the Java Standard Edition that contains basic core Java classes. This edition is used to develop standard applets and applications

It is the Java Enterprise Edition and it contains classes they are beyond Java SE. In fact, we need Java SE in order to use many of the classes in Java EE. Java EE mainly concentrates on providing business solutions on a network.

It stands for Java Micro Edition. Java ME is for developers who develop code for portable device, such as a PDA or a cellular phone. Code on these devices needs to be small in size and take less memory

What is the difference between static and instance methods?

What is difference between abstract class and interface?

A class is called abstract when it contains at least one abstract method. It can also contain n numbers of concrete method.Interface can contain only abstract( non implemented) methods.

The abstract class can have public,private,protect or default variables and also constants. In interface the variable is by default public final. In nutshell the interface doesnt have any variables it only has constants.

A class can extend only one abstract class but a class can implement multiple interfaces.

The problem with an interface is, if you want to add a new feature (method) in its contract, then you MUST implement those method in all of the classes which implement that interface. However, in the case of an abstract class, the method can be simply implemented in the abstract class and the same can be called by its subclass.

Explain with example to describe when to use abstract class and interface?

Consider a scenario where all Cars will have 4 tyres and other features can be different.

In this case any subclass of Car has to have 4 tyres. This is a case where abstract class will be used and a default implementaion for tyres will be provided.

Consider a scenario where Cars can have any number of tyres and other features can also be different. In this case interface will be created.

Which class is the superclass of all classes?

java.lang.Object is the root class for all the java classes and we don’t need to extend it.

Can we override static method?

We cannot override static methods. Static methods are belogs to class, not belongs to object. Inheritance will not be applicable for class members

what is proxy class in java?

It is a helper class to give duplicate objects.

What is the difference between super() and this()?

When to use String and StringBuffer?

We know that String is immutable object. We can not change the value of a String object once it is initiated.

So incase, we are going to do more modifications on String, then use StringBuffer. StringBuffer updates the existing objects value, rather creating new object.

How to prevent a method from being overridden?

By specifying final keyword to the method you can avoid overriding in a subcalss.

Similarly one can use final at class level to prevent creating subclasses.

Does system.exit() in try block executes code in finally block?

It will not execute finally block. The program will be terminated after System.exit() statement. 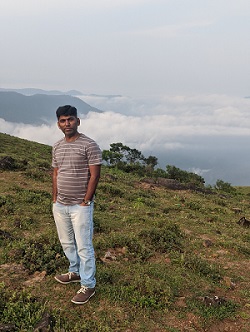 Hello! I am Narayanaswamy founder and admin of narayanatutorial.com. I have been working in IT industry more than 7 years. NarayanaTutorial is my web technologies blog. My specialties are Java / J2EE, Spring, Hibernate, Struts, Webservices, PHP, Oracle, MySQL, SQLServer, Web Hosting and Website Development.

I am a self learner and passionate about training and writing. I am always trying my best to share my knowledge through my blog.

Please write comments if you find anything incorrect, or you want to share more information about the topic discussed above.